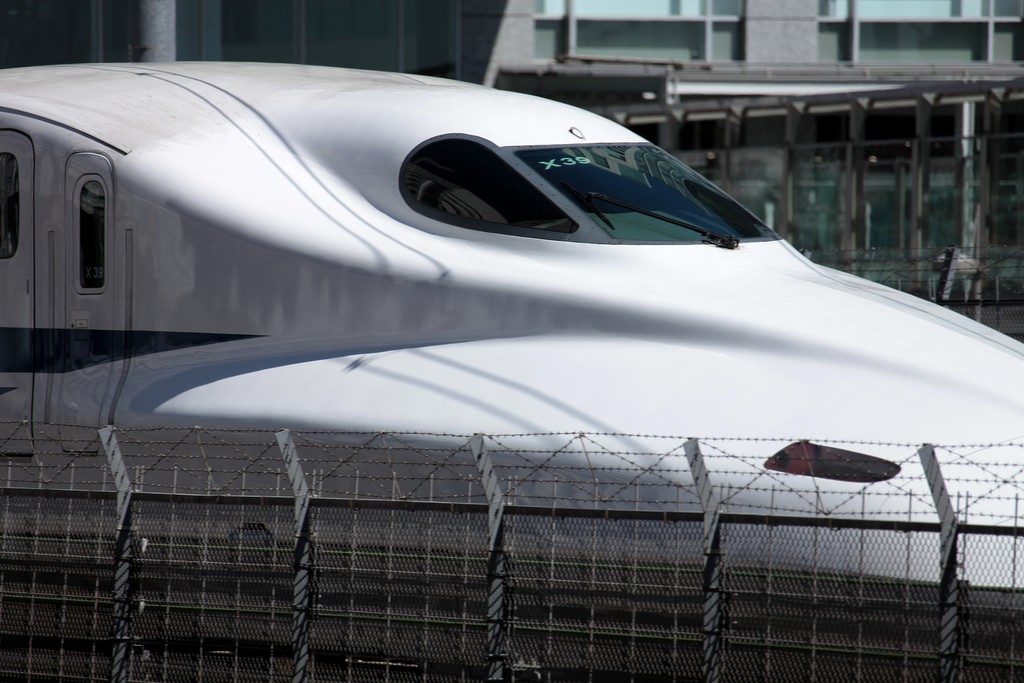 CENTRAL Japan Railway Company (JR Central) held simultaneous ceremonies in Tokyo and Osaka on February 8th, 2013 to mark the entry into commercial service of its latest-generation Shinkansen train, the N700A.
Officially designated series N700-1000, the 300km/h trains are outwardly similar to the series N700, but feature a number of technical improvements over their predecessors, including LED lighting (which is around 20% more efficient than the lighting system in the N700), bogie vibration detection, enhanced ATC, and improved brake discs which reduce braking distances by up to 10%. Sound absorption panels, used only in Green Car vehicles on the N700, are used throughout the 16-car N700A, which seats 1323 passengers.
The N700A retains the tilting system introduced on the N700, which allows operation at up to 270km/h on the Tokaido Shinkansen and 300km/h on the Sanyo Shinkansen.
The new trains also feature a new cruise control system, known as the fixed speed running device, which receives data on gradient and curvature from trackside transmitters installed along the Tokaido Shinkansen, allowing the train to automatically adjust power output according to the characteristics of the section.
The first N700A was unveiled last August and all 13 trains from the initial batch will be delivered by next March, replacing series 700 sets on Tokyo – Osaka services. JR Central says energy consumption is 19% lower on the N700A than on the series 700, which was introduced in 1999.
The Shinkansen (新幹線, new trunk line) is a network of high-speed railway lines in Japan operated by four Japan Railways Group companies.