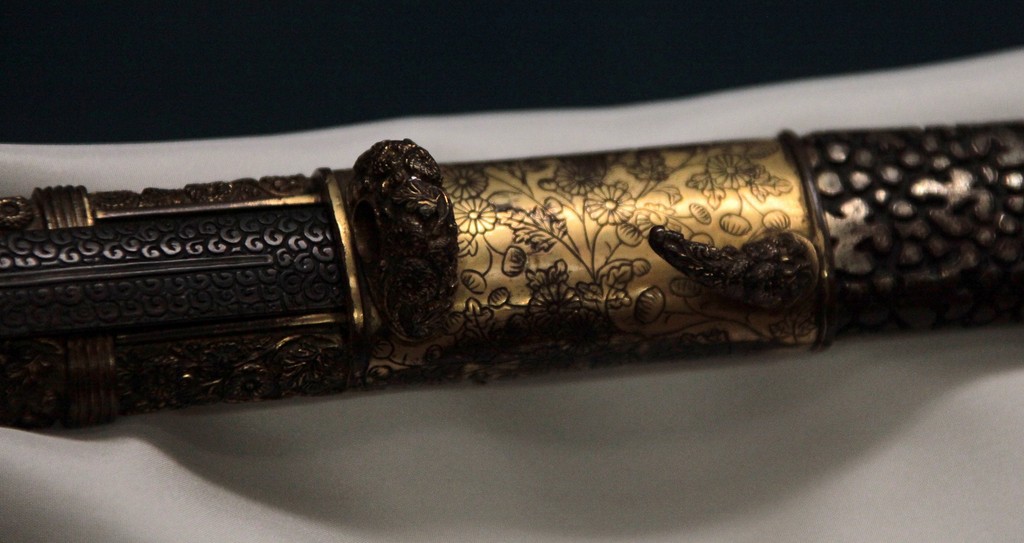 Relief-molded chrysanthemum design
Nanbokucho-Muromachi period 14th-15th century
National Museum Tokyo - Japan
During the Kamakura Period, before Muromachi, samurai wore another kind of sword in addition to the long sword; a short sword called a koshigatana ("waist-knife"). Koshigatana were stuck directly into the belt instead of being strung onto the belt with cords. This Koshigatana was a short sword whose mounting included no guard (tsuka) fitted at the point where the tang of the blade enters the hilt; this style is known as aikuchi (literally, "fitting mouth"; the mouth of the scabbard meets the hilt directly without a guard intervening). Very few koshigatana survive from this period.