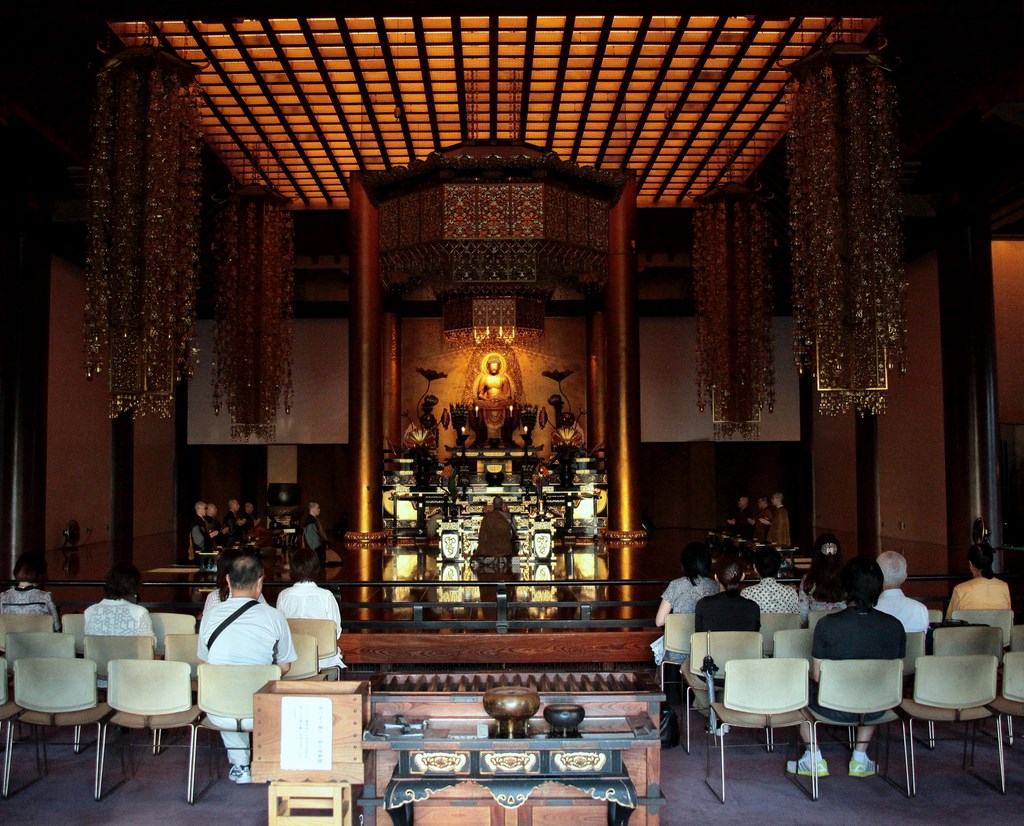 Shinto (神道 Shintō), also kami-no-michi, is the indigenous spirituality of Japan and the people of Japan. It is a set of practices, to be carried out diligently, to establish a connection between present day Japan and its ancient past. Shinto practices were first recorded and codified in the written historical records of the Kojiki and Nihon Shoki in the 8th century. Still, these earliest Japanese writings do not refer to a unified "Shinto religion", but rather to disorganized folklore, history, and mythology. Shinto today is a term that applies to public shrines suited to various purposes such as war memorials, harvest festivals, romance, and historical monuments, as well as various sectarian organizations. Practitioners express their diverse beliefs through a standard language and practice, adopting a similar style in dress and ritual, dating from around the time of the Nara and Heian Periods.

The word Shinto ("Way of the Gods") was adopted from the written Chinese (神道, pinyin: shén dào), combining two kanji: "shin" (神), meaning "spirit" or kami; and "tō" (道), meaning a philosophical path or study (from the Chinese word dào). Kami are defined in English as "spirits", "essences" or "deities", that are associated with many understood formats; in some cases being human-like, in others being animistic, and others being associated with more abstract "natural" forces in the world (mountains, rivers, lightning, wind, waves, trees, rocks). Kami and people are not separate; they exist within the same world and share its interrelated complexity.

Fact books and statistics typically list some 80 to 90% of Japanese people as Shintoist. However, polls suggest that most Japanese consider themselves non-religious and believe that there are currently only 4 million "actual" observers of Shinto in Japan. The vast majority of people in Japan who take part in Shinto rituals also practice Buddhist rituals. However, Shinto does not actually require professing faith to be a believer or a practitioner thus a person who practices "any" manner of Shinto rituals may be so counted, and as such it is difficult to query for exact figures based on self-identification of belief within Japan. Another problem is that Shinto is sometimes seen more as a way of life rather than a religion by the Japanese due to its long historical and cultural significance. Due to the syncretic nature of Shinto and Buddhism, most "life" events are handled by Shinto and "death" or "afterlife" events are handled by Buddhism—for example, it is typical in Japan to register or celebrate a birth at a Shinto shrine, while funeral arrangements are generally dictated by Buddhist tradition—although the division is not exclusive.