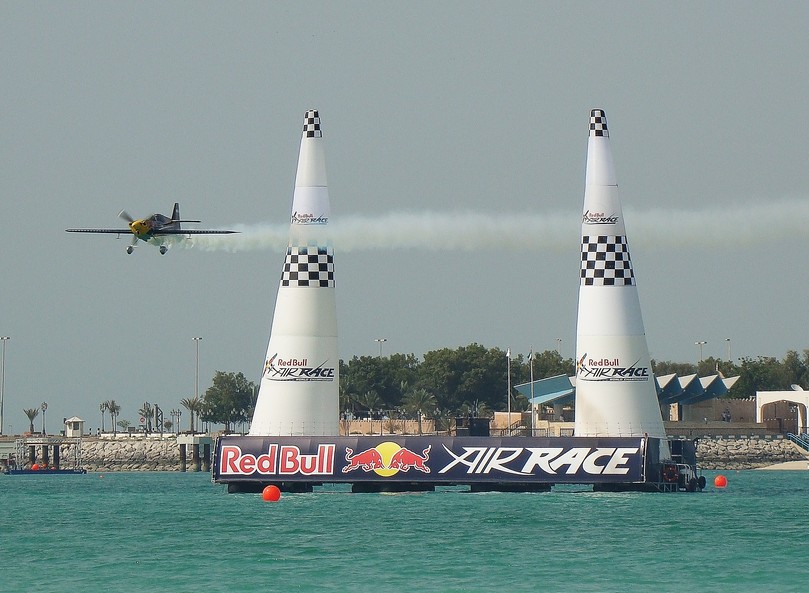 The Red Bull Air Race, established in 2003 and created by Red Bull, is an international series of air races in which competitors have to navigate a challenging obstacle course in the fastest time. Pilots fly individually against the clock and have to complete tight turns through a slalom course consisting of pylons, known as "Air Gates".

The races are held mainly over water near cities, but are also held at airfields or natural wonders. They are accompanied by a supporting program of show flights. Races are usually flown on weekends with the first day for qualification then knockout finals the day after.

The competitors use high-performance aerobatic planes such as the Zivko Edge 540 and the MXS-R, which are equipped with Lycoming engines. All aircraft have a wingspan less than 7.6 metres (25 ft) and top speeds ranging from 406 to 426 km/h (252 to 265 mph).

Competitors have developed enhanced versions of their aircraft to better performance, and thus times. However, the safety implications of engine or airframe failures mean that performance tuning by individual teams, as is commonly done in other motorsport events, is limited in scope.