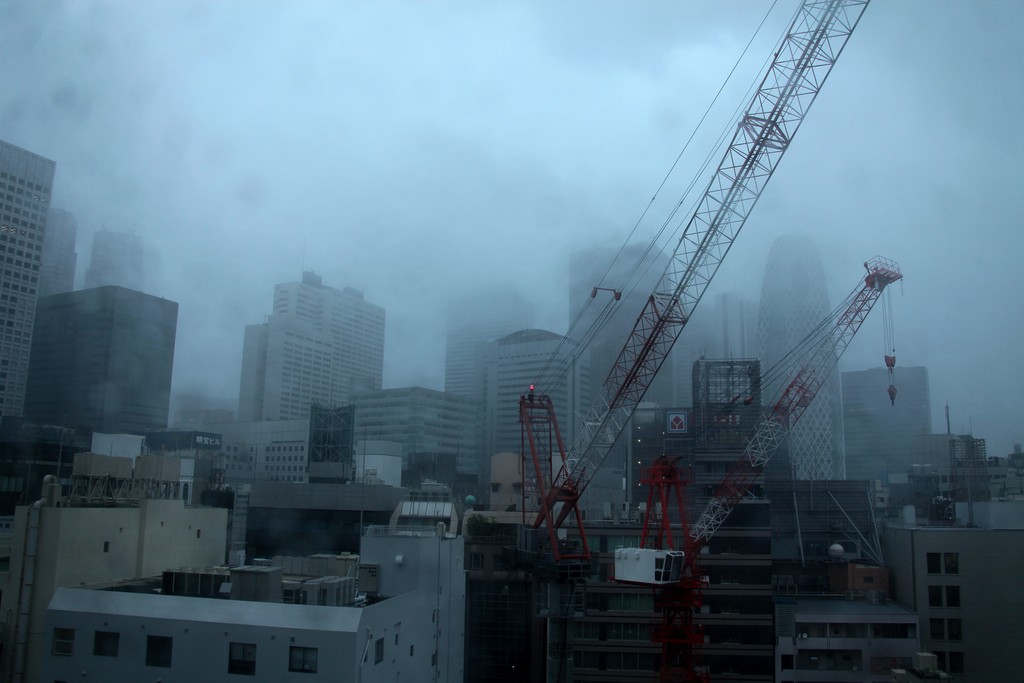 About 200 domestic flights scheduled for Monday, a public holiday, were cancelled, mainly those departing Tokyo, and train services were also reduced.

The storm, located in Pacific waters close to the southern island of Shikoku, was packing gusts up to 144 kilometres (90 miles) per hour overnight Sunday to Monday and moving north-northwest, the Japan Meteorological Agency said. It was on a direct course to hit southern parts of the main island Honshu Monday morning, possibly around 9:00 am (0000 GMT) in Shizuoka prefecture, southwest of Tokyo, according to the agency.

The typhoon was then expected to head northeast towards the capital and its surrounding region by around noon and cross the northeast including the Fukushima area, according to its predicted track.

At Fukushima, crews have struggled to contain the nuclear plant after the 11 March, 2011 earthquake and tsunami that led to the contamination of groundwater with radioactive materials as it flows to the Pacific Ocean. With torrential rains expected Monday more contaminated water was feared to seep into the groundwater and workers pumped water from around highly radioactive tanks at the plant. The typhoon already brought heavy rain and strong winds in the south and east before even hitting Japan but no major damage was reported. The weather agency issued warnings for flooding, heavy rain, mudslides and high ocean waves to areas along the Pacific coast.