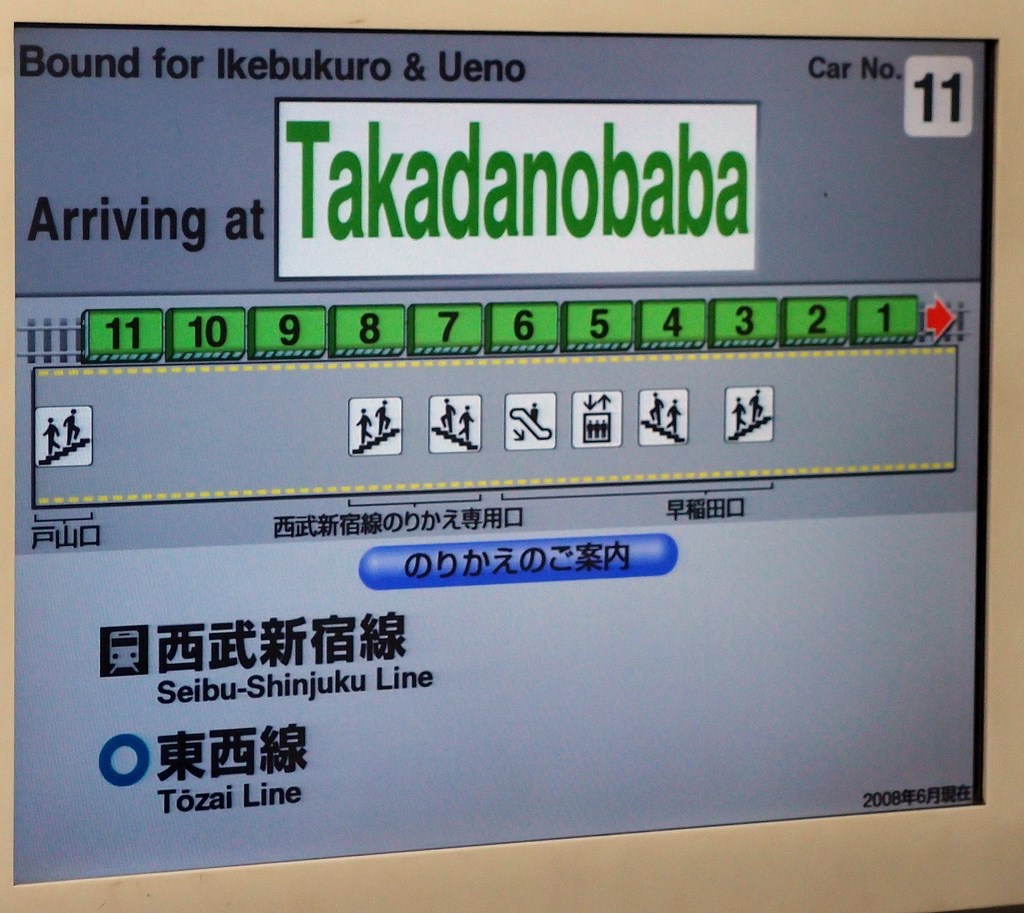 History
The Yamanote Line station opened on 15 September 1910. Seibu Railway opened a temporary station perpendicular to the Yamanote Line in April 1927, followed by a permanent station parallel to the Yamanote Line in April 1928. The original station buildings were burned to the ground during the bombing of Tokyo in April 1945. Takadanobaba was the Tokyo terminal of the Seibu Railway Murayama Line (now Seibu Shinjuku Line) until it was extended to Seibu-Shinjuku Station in 1952. The Tozai Line began service to Takadanobaba in December 1964 under the auspices of the Teito Rapid Transit Authority. Takadanobaba was the western terminus of the Tozai Line until the connection to Nakano Station and the Chuo Main Line opened in March 1966. Station numbering was introduced on all Seibu Railway lines during fiscal 2012, with Takadanobaba Station becoming "SS02".