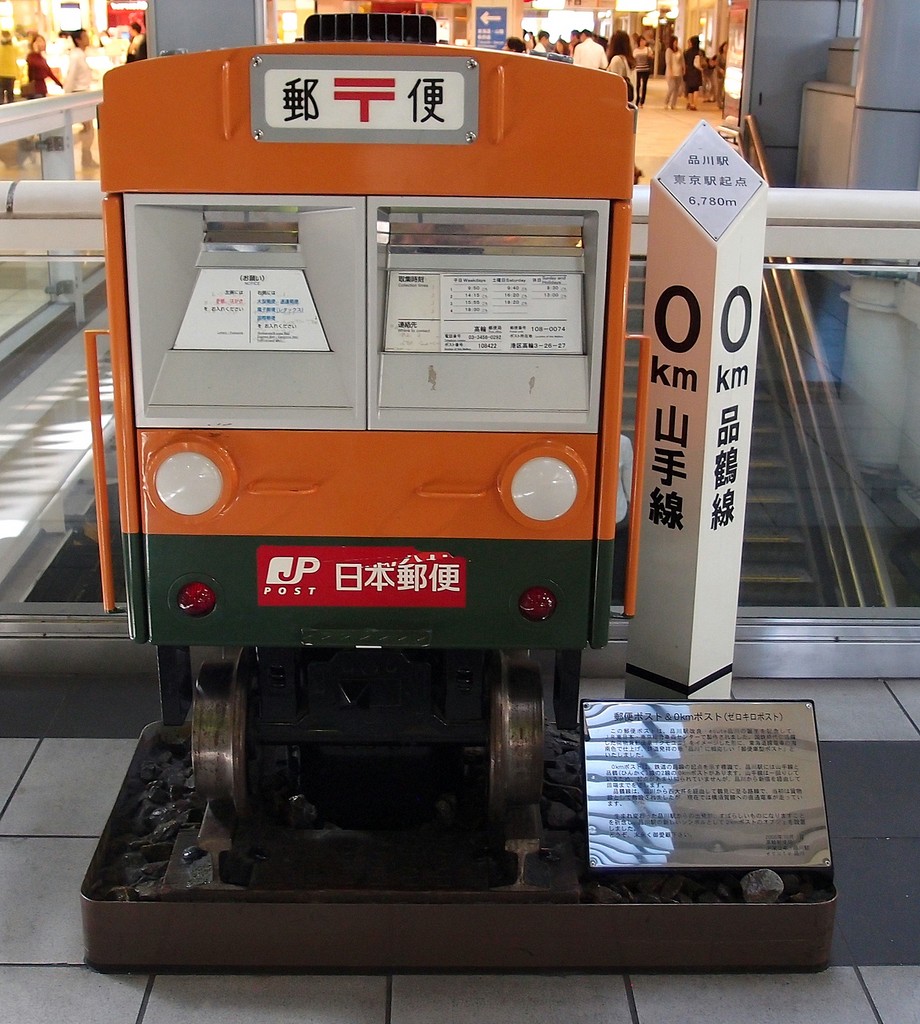 Japan Post (日本郵政公社 Nippon Yūsei Kōsha) was a government-owned corporation in Japan, that existed from 2003–2007, offering postal and package delivery services, banking services, and life insurance. It had over 400,000 employees and ran 24,700 post offices throughout Japan and was the nation's largest employer. One third of all Japanese government employees worked for Japan Post. As of 2005, the president of the company was Masaharu Ikuta, formerly chairman of Mitsui O.S.K. Lines Ltd. Japan Post ran the world's largest postal savings system and was often said to be the largest holder of personal savings in the world: with ¥224 trillion ($2.1 trillion) of household assets in its yū-cho savings accounts and ¥126 trillion ($1.2 trillion) of household assets in its kampo life insurance services, its holdings account for 25 percent of household assets in Japan. Japan Post also held about ¥140 trillion (one fifth) of the Japanese national debt in the form of government bonds. On October 1, 2007 Japan Post was privatized following fierce political debate that was settled by the 2005 general election. After the privatization, the Japan Post Group companies operate the postal business. Later in 2010, the privatization was put on hold, and the Japanese Ministry of Finance remains the 100% shareholder. On October 26, 2012, the Japanese government unveiled plans to list shares of Japan Post Holdings Co, within three years to raise money for reconstructing areas devastated by last year's earthquake, tsunami and nuclear crisis. There are two types of postal facilities in Japan: standard post offices (郵便局 yūbinkyoku), and distribution centers (集配局 shūhaikyoku). Most post offices are not distribution centers; only the larger offices are. Distribution centers also offer a wider range of services for businesses than normal post offices. The symbol of a post office in Japan resembles a capital letter T with a bar over it, 〒. This is used on the signs of post offices, on post boxes, and it is also sometimes used before the postcode on letters. This mark is derived from the Japanese word teishin (逓信, lit. "communications"). The symbol can be obtained by typing yuubin in a Japanese word processor and then converting it. There are several variant forms of this symbol in Unicode, including a form in a circle, 〶, which is the official Geographical Survey Institute of Japan map symbol for a post office. 〠 is a character of Japan Post. Its name is Number-kun. Japan Post released a new character, "Poston", in 1998, so Number-kun is rarely used nowadays.

Postal privatization
The company was born on April 2, 2003, as a government-owned corporation, replacing the old Postal Services Agency (郵政事業庁 Yūsei Jigyōchō). Japan Post's formation was part of then prime minister Junichiro Koizumi's long-term reform plan which would culminate in the full privatization of the postal service. The privatization plan encounters both support and opposition across the Japanese political spectrum, including the two largest parties, LDP and DPJ. Opponents claim that the move would result in the closure of post offices and in job losses at the nation's largest employer. However, proponents contend that privatization would allow for a more efficient and flexible use of the company's funds that would help revitalize Japan's economy, which is still recovering from a series of four recessions since 1991. Proponents also claim that Japan Post has become an enormous source of corruption and patronage. Koizumi calls the privatization a major part in his efforts to curb government spending and the growth of the national debt. Most opposition parties support postal privatisation, but not Koizumi's bill. Many consider the bill deeply flawed with too long a time for full implementation and too many loopholes that might create a privatization in name only. In September 2003, Koizumi's cabinet proposed splitting Japan Post into four separate companies: a bank, an insurance company, a postal service company, and a fourth company to handle the post offices as retail storefronts of the other three. Each of these companies would be privatized in April 2007. In 2005, a bill to complete this reform passed the lower house of the Japanese legislature by a handful of votes, with many people from Koizumi's LDP defecting. The bill was subsequently defeated in the upper house (which cannot be dissolved) because of scores of defections from the ruling coalition. Koizumi immediately dissolved the lower house and scheduled nationwide elections to be held on September 11, 2005. He declared the election to be a referendum on postal privatization. Koizumi subsequently won this election, gaining the necessary supermajority and a mandate for reform, and in October 2005, the bill was passed to privatize Japan Post in 2007.

Japan Post Holdings
Japan Post Holdings Co., Ltd. (日本郵政株式会社 Nippon Yū-sei Kabushiki-gaisha) is a Japanese state-owned conglomerate headquartered in Kasumigaseki, Chiyoda, Tokyo. It operates post stations, banks, and insurance business. The company offers letters and goods transportation services, stamp sales, deposits, loans, and insurance products. There were plans to fully privatize the agency but these have been put on hold. As of 2013, it ranked thirteenth in the Fortune Global 500 list of the world's largest companies. The company was founded on 23 January 2006, although it was not until October 2007 that it took over the functions of Japan Post.