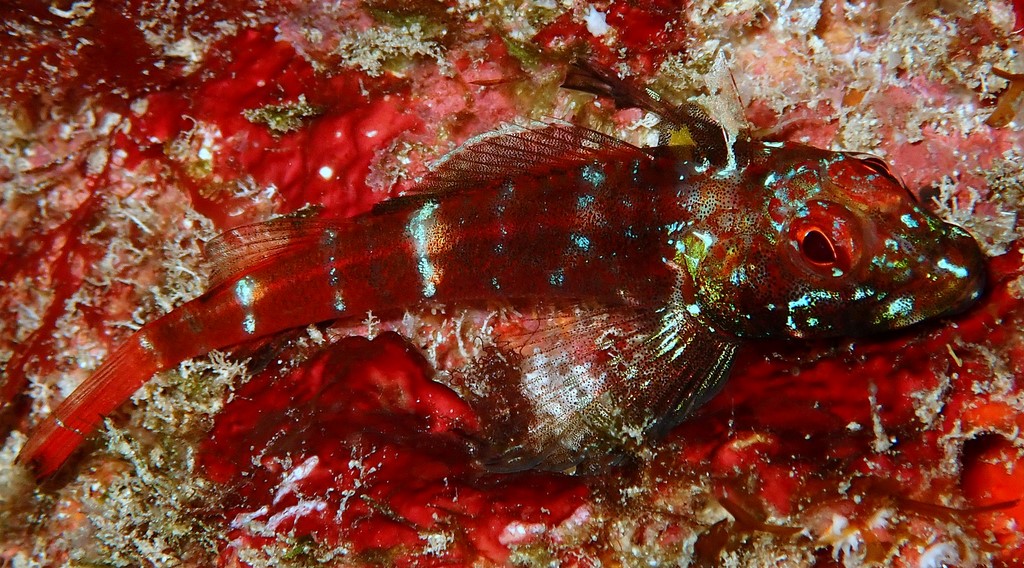 Color
males greater than 20.0 mm SL with dark facial pigment that covers chin and ends abruptly between isthmus and pelvic-fin base.

Etymology
Helcogramma: etymology not explained, perhaps from Greek, helcium = a yoke or collar (harness around the neck of draft animals) + from Greek, gramma = a letter, any writing, a document or record a note of hand, bill, bond, account, written acknowledgement of a debt a letter, an epistle the sacred writings. Possibly referring to lateral line of Helcogramma decurrens, which differs from that of Tripterygion by running “downwards from the shoulder to the middle of the side instead of extending backward parallel with the back”. This unusual lateral line running down the neck may have reminded McCulloch & Waite of that type of equipment, which was still in use when the genus was described.
chica: from Spanish, chica = little. Referring to small size (15.1 mm SL) at maturity.
Original description: Helcogramma chica Rosenblatt, 1960 - Type locality: Ocean Reef, Hull Island, Phoenix Islands.

Biology
Adults inhabit surge zones of exposed reefs, on rock surfaces and under ledges. Eggs are hemispherical and covered with numerous sticky threads that anchor them in the algae on the nesting sites. Larvae are planktonic which occur primarily in shallow, nearshore waters.