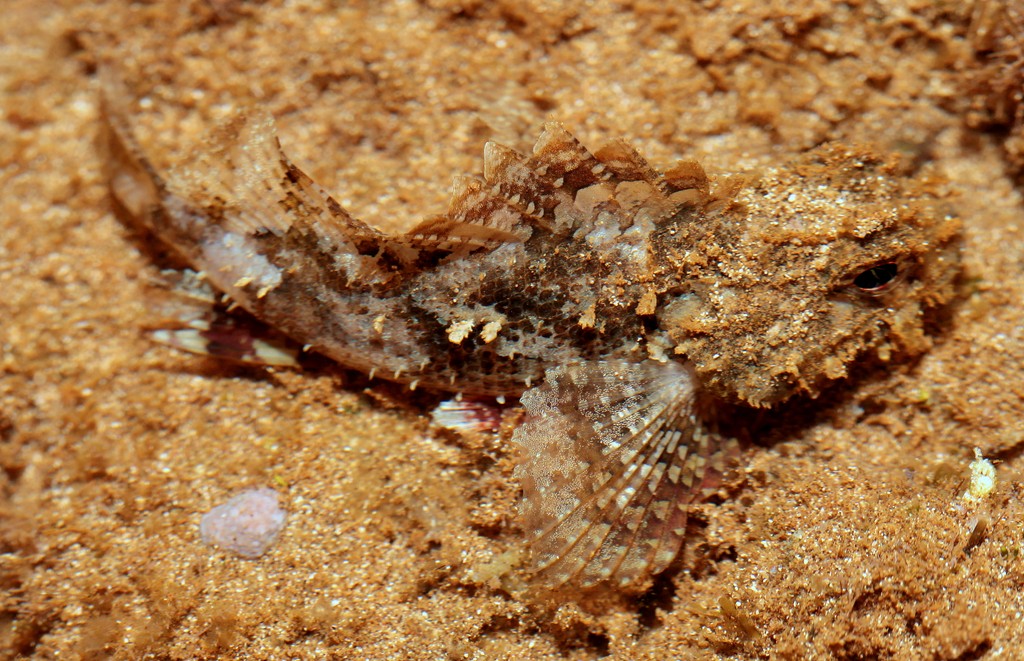 Biology
Occurs in coralline areas from near shore to the outer reef slope at a depth of at least 24 m. Benthic. Anterolateral glandular groove with venom gland.