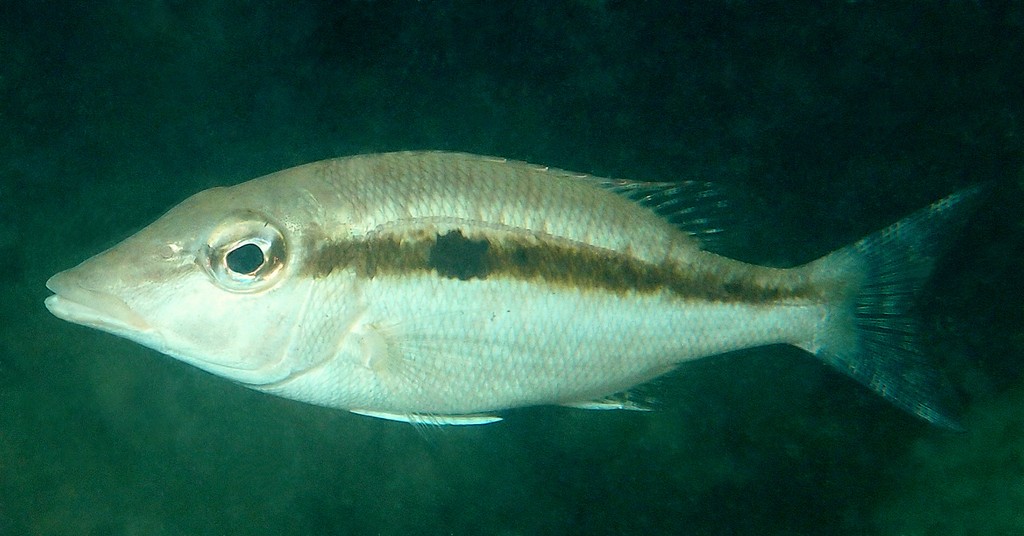 Colour
Body is brown and gray (usually green), becoming lighter ventrally, with scattered irregular dark spots. Often there are two dark bands below the eye, one at the lower rim or the opercle and one at the corner of the mouth. The fins are generally light or translucent; the caudal fin is light and dark striped.

Biology
Inhabits sandy and weedy areas near coral reefs, solitarily or in groups, where it is well camouflaged and usually swims in the cover of the substrate. Juveniles sometimes abundant in shallow, weedy areas. Solitary or in small groups. Feeds on small benthic invertebrates. Flesh of large individuals is esteemed. A protogynous hermaphrodite. A monandric species. Length at sex change = 29.1 cm TL.