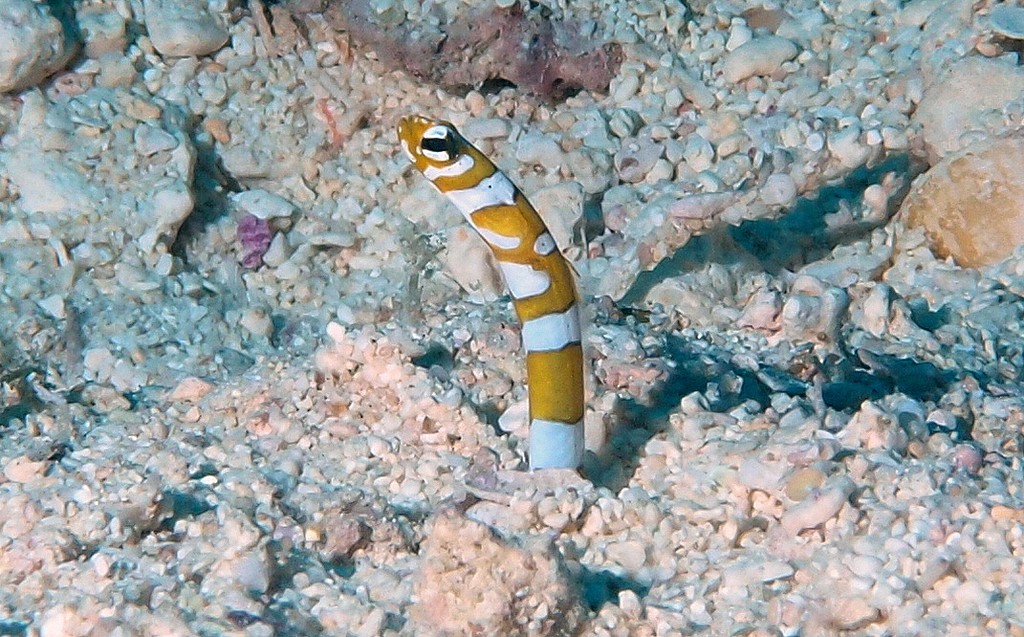 Etymology
Gorgasia: from 1908 to 1910 Samuel Frederick Hildebrand worked as an assistant to Seth Eugene Meek at the Field Museum of Natural History in Chicago. From 1910 to 1912 he undertook, with Meek, two collecting expeditions to Panama from which he published The Fishes of the Fresh Waters of Panama (1916) and The Marine Fishes of Panama (1923). This new genus (Gorgasia punctata Meek & Hildebrand, 1923) was named for the late General William Crawford Gorgas, who was chief sanitary officer on the Panama Canal Zone during the period when the present collections were made, and through whose department the authors received invaluable aid while collecting in Panama.
preclara: from Latin prefix, prae- = before, in front +‎ from Latin, clarus = clear, bright, renowned, famous. Named for its beautiful or splendid colors.
Original description: Gorgasia preclara Böhlke & Randall, 1981 - Type locality: Sumilon Island, east of southern end of Cebu Island, Philippines, depth 24-29 meters.

Biology
Single to small aggregations. Live individually in burrows from which they protrude. Feeds on drifting plankton.