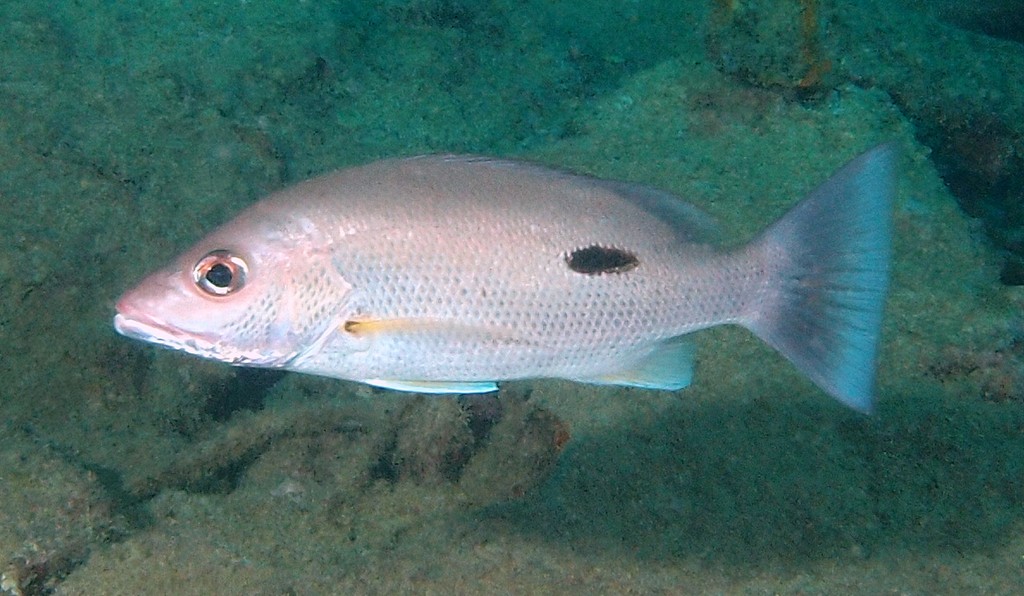 Color
Back and upper side brownish; lower sides and belly pink to whitish with a silvery sheen; a black spot, mainly above lateral line, below anterior
rays of soft dorsal fin; adults from the Indian Ocean usually with 7 or 8 narrow golden brown stripes on sides; juveniles from the western Pacific whitish, with 4 black stripes on sides and with a round black spot on upper back.

Similar species
Lutjanus indicus (Allen, White & Erdmann, 2013) - Reported from Red Sea, Indian Ocean: East Africa, Comoros, Madagascar, western Mascarenes and Persian Gulf east to Myanmar and Andaman Sea. It differs most notably from Lutjanus russellii in possessing a series of seven narrow, yellow-to-brown stripes on the side, obliquely rising (except lower two) dorsally and posteriorly.
Lutjanus monostigma (Cuvier, 1828) - Reported from New Caledonia - Link to the species (here). Adults grey or yellowish grey to brown with yellow fins. At night it is brown to red in color. With or without black side spot that can be turned on or off at will.