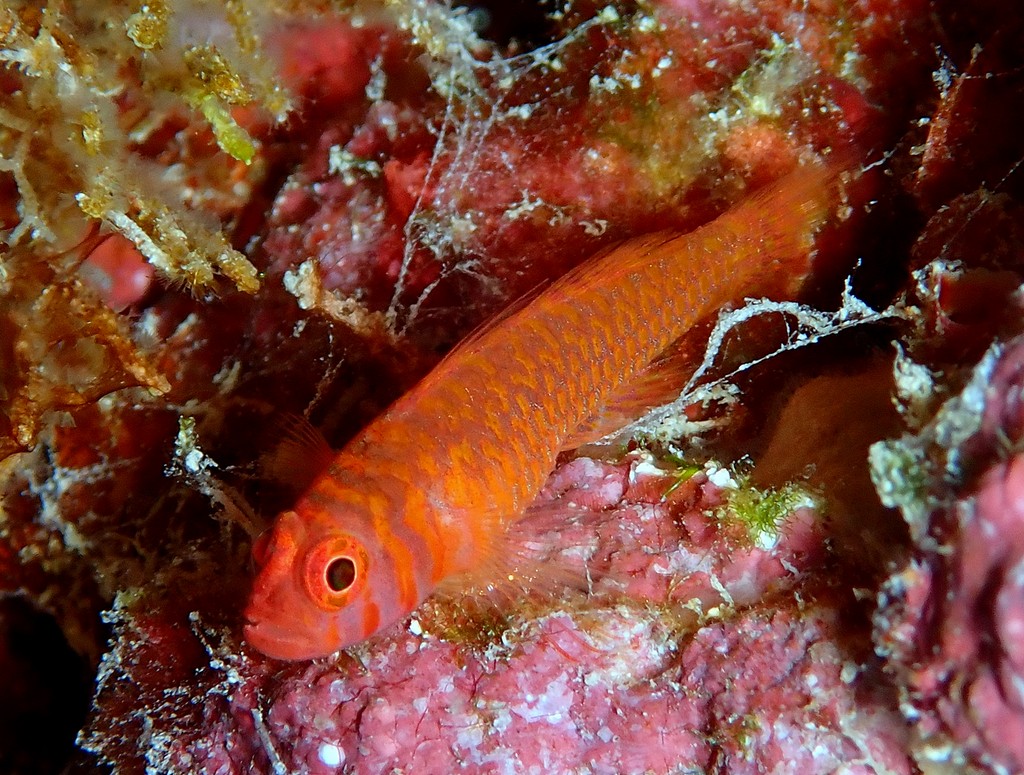 Similar species
Trimma macrophthalmus (Tomiyama, 1936) - Reported from Indo-West Pacific: East Africa to Cocos (Keeling) Island to Fiji and Phoenix Islands, north to Japan, south to Australia. Fish with two large red spots on the pectoral-fin base.
Trimma necopinum (Whitley, 1959) - Reported from New South Wales and Queensland (Australia). Trimma necopinum differs from other fishes in having the spots on the head elongate and sloping upward posteriorly (especially the oblique short bars on the cheek below the posteroventral margin of the eye and the one on midregion of the operculum).
Trimma readerae (Winterbottom & Hoese, 2015) - Reported from New Caledonia (link here). The species is most similar to the species treated here as Trimma okinawae. It differs primarily in having light spots under the eye, rather than light vertical bars, and in having filamentous dorsal spines in males and frequently in females.