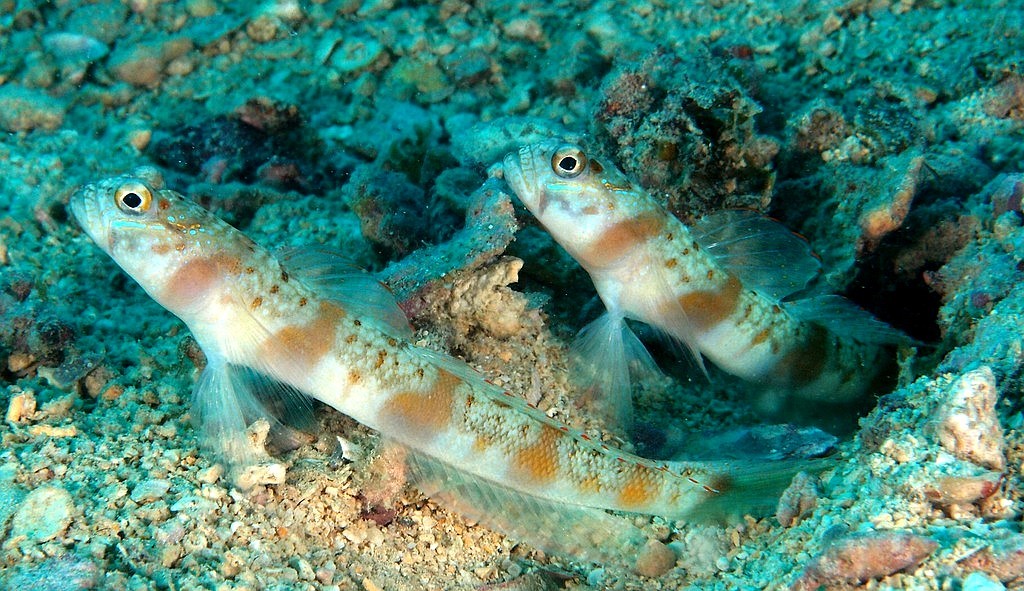 Biology
Amblyeleotris rubrimarginata is found on sandy to silty sandy substrates associated with coral reefs or sea grass beds from depths of 3 to 26 m and living in association with alpheid shrimps. A single or pair of gobies may occupy the burrow, generally with a pair of alpheid shrimps.