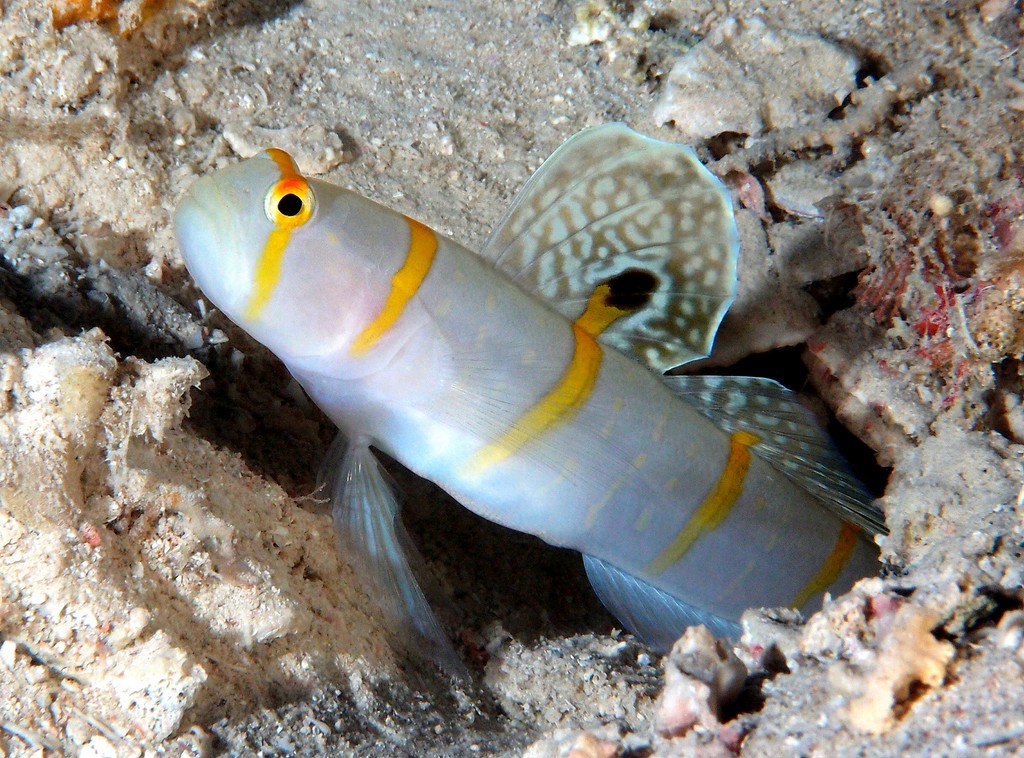 Etymology
Amblyeleotris: from Greek, amblys or amblus = dull (blade: not sharp), blunt, obtuse + the Greek name of a fish, eleōtris, found in the swampy waters of the Nile (Egypt); from the Greek, eleios = who lives in the marshes. The name Eleotris appears for the first time in Déipnosophistes, a compilation of anecdotes and quotations from ancient authors, written by a scholar and grammarian Greek, Athenaeus of Naucratis (about 170-223 AD). In 1763, the Dutch naturalist and collector Laurentius Theodorus Gronovius (1730-1777) used this name to designate a new genus of fish. The authorship of the genre escapes him because his work was rejected by the scientific community of the time. The genre should have returned to the doctor, entomologist and naturalist of Italian culture, Giovanni Antonio Scopoli (1723-1788) but the late recognition of his work made him lose the authorship of the name. Today the genus, Eleotris, is attributed to Bloch & Schneider, 1801.
Randalli: named for esteemed ichthyologist John Ernest "Jack" Randall (1924-2020), who first brought this species to our attention. He was an American ichthyologist and a leading authority on coral reef fishes. Randall described over 600 species and authored 11 books and over 670 scientific papers and popular articles. He spent most of his career working in Hawaii.
Original description: Amblyeleotris randalli Hoese & Steene, 1978 - Type locality: Samilon Island, Philippines.