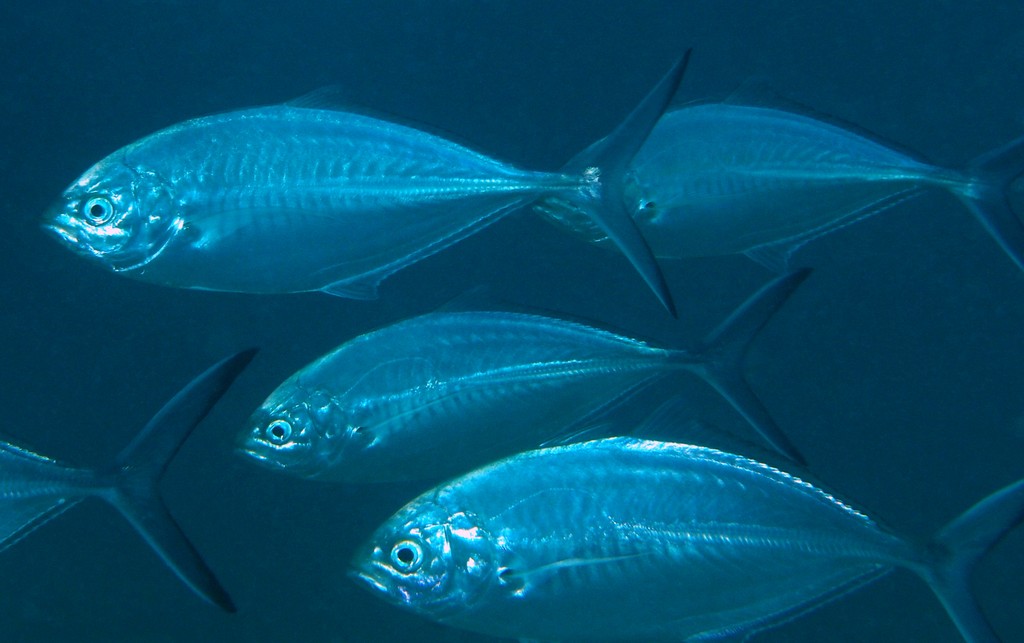 The species was first scientifically described by the French naturalist Georges Cuvier in 1833 from a specimen now lost to science. He named the species Caranx vari, believing the fish was closely affiliated with the large jacks of that genus. The species was later transferred to the scad genus Alepes by Gushiken in 1983, and a specimen from Puducherry, India was designated to be the lectotype the following year by Smith-Vaniz. The species was redescribed and renamed twice after Cuvier's description, first by Pieter Bleeker as Selar macrurus and then by Henry Fowler as Alepes glabra, both of which are junior synonyms discarded under ICZN rules.

Distribution
Indo-West Pacific: tropical waters. The species has been recorded from the Red Sea, eastward to Sri Lanka, India, Southeast Asia, China, Indonesia, the Philippines, New Guinea, and as far north as Taiwan and as far south as northern Australia. Reported from New Caledonia.

Biology
Adults are common in shallow coastal waters where it often swims near the surface. They form dense schools on clear inner reefs, swimming high above substrate. They feed chiefly on shrimps, copepods, decapods and small fishes.